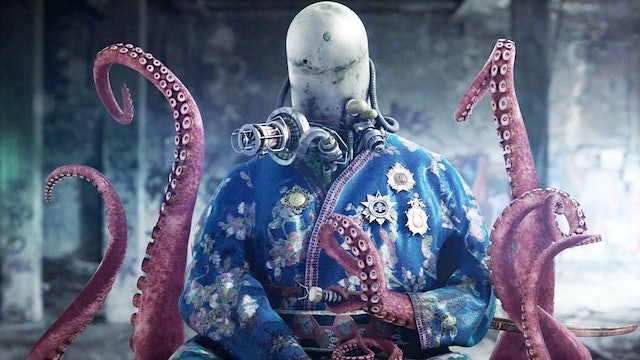 "Leviathan Ages" by Jon Yeo - Bound in ancient celestial ballet, nine dead Kings arise to claim a fallen Emperor. We find a strange Emperor perched on his haunches, reminiscent of a proud samurai general in battle. He resurrects stone effigies of nine predecessors. They bring on the destruction of his era, and the Emperor ultimately becomes one of them. Continuing a repeating cycle. 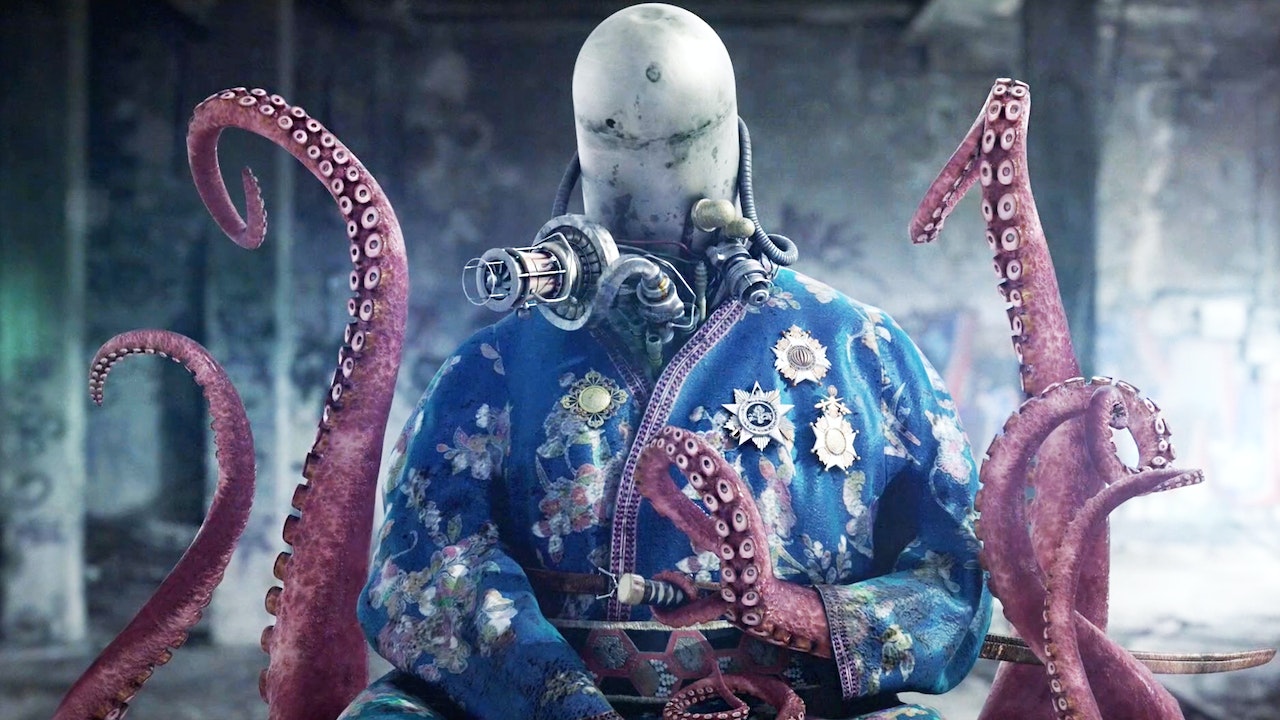