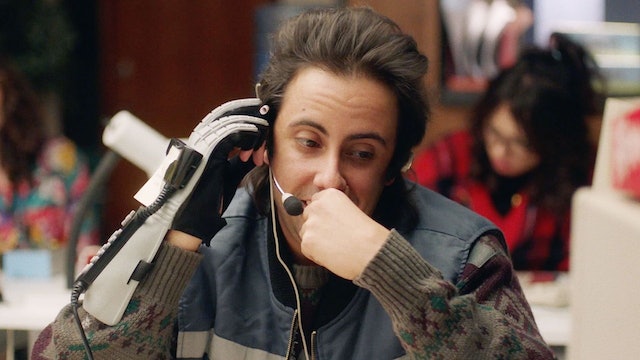 The Give and Take

It's a sunny Saturday afternoon, yet eleven-year-old AMY DROUIN has found herself faced with the excruciating task of alphabetizing hundreds of old CD‚Äôs in a dark basement. This is her punishment for hiding a failed math exam from her mom, and one she begrudgingly accepts.
Upon discovering an old eighties Nintendo console among the mountains of cd‚Äôs, she abandons her duties and dives into a game, only to Ô¨Ånd herself stuck on an unbeatable level. It‚Äôs then that she comes across an old video game magazine and notices an advertisement for the a video game helpline set up to assist gamers get over their humps. She dials the number, and in a strange cosmic glitch is connected to CAESAR SPINONE, a twenty-six-year old game counsellor, in the year 1989. Caesar is a part time gamer, and full time rock n‚Äô roll musician. We meet him on the eve of a major gig, one his boss won‚Äôt let him ditch his shift for.
It‚Äôs when Amy and Caesar connect, albeit unaware through parallel universes, that they Ô¨Ånd common ground. Their successful communication results from a few miscommunications, but nonetheless leads them to help each other out with their respective, and often times similar plights. 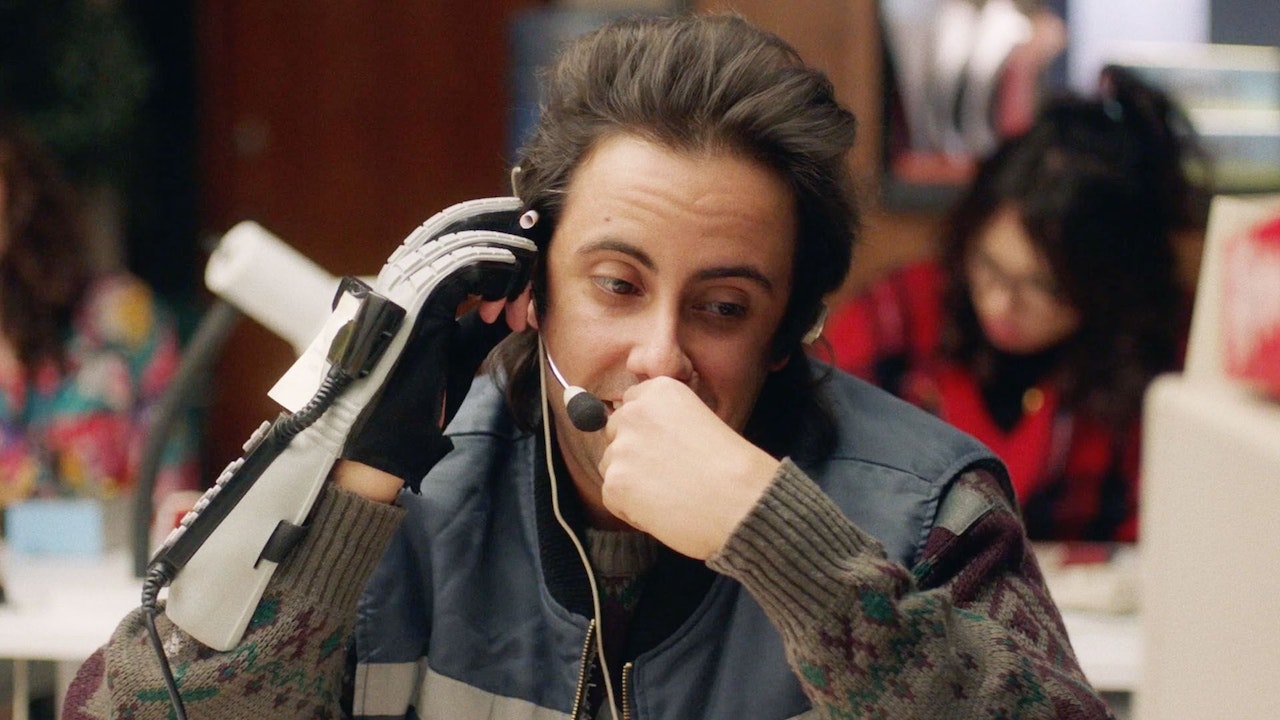